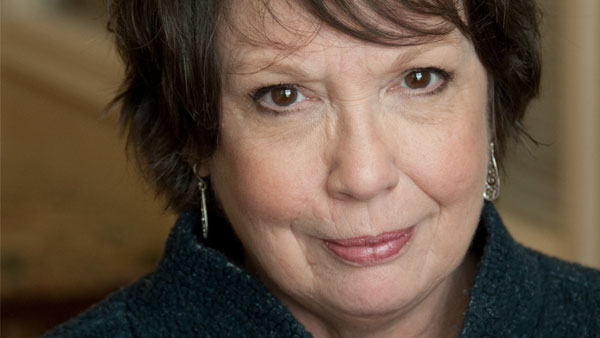 Pam Dougherty has worked as a professional actress for over 40 years.

From a lifetime of roles in Dallas/Fort Worth to rural East Texas to Oklahoma City to the historic Barter Theater in Virginia, Pam has performed in a variety of professional theaters across the south and eastern USA. Since returning from the Barter, where she performed in Good Ole’ Girls in 2013, Pam has continued to stay busy on DFW and OKC stages. In the fall of 2013, she appeared as Mama Lily in WaterTower Theatre’s production of Hank Williams: The Lost Highway, followed in the spring by Dottie in WTT’s acclaimed production of Good People. She mothered the Joad clan in Oklahoma City Repertory’s 2014 production of The Grapes of Wrath, the coverage of which won an Emmy for Oklahoma’s PBS affiliate, OETA. In the winter of 2015 she made her professional debut as a farm animal (!) in Casa Manana’s Charlotte’s Web, then led the cast of Manicures and Monuments at WaterTower in the spring of 2015. In 2016 she returned to Oklahoma City where she performed the brutal role of Thelma, in Marsha Norma’s Pulitzer Prize winning ‘Night, Mother.  She played Hannah for Uptown Players’ production of the Pulitzer Prize winning Angels in America: Millennium Approaches in November of 2016, and the following spring appeared as the Judge in Kevin Moriarty’s evocative re-staging of Inherit the Wind, at the Dallas Theater Center. In the fall of 2018, she resumed her role as Hannah in Uptowns Players’ Angels in America: Perestroika.  And finally, just before the theaters across this country shuttered their doors, she played Anne Marie in OKC Rep’s A Dolls House, Part 2.

Pam has received regional acclaim for her work as pill-addicted Violet Weston in the Pulitzer Prize winner August: Osage County at Oklahoma City Repertory Theatre, as bawdy lounge singer Jeannette in The Full Monty at WaterTower, and as bedridden Big Edie in Grey Gardens, also at WaterTower. Previously, she received several ”funniest thing I’ve seen in the whole festival” notices from critics for her performance as Mable in Theatre Three’s contribution to The Horton Foote Festival, The Roads to Home. She repeated her role as Violet Weston in August…. at WaterTower, winning the Column Award for Best Actress. She holds a BFA in Acting from the University of Texas at Austin and an MFA in Directing from Southern Methodist University.

Recent film roles have included Mrs. McBroom in Andrew Patterson’s The Vast of Night, a bank manager in Robert Redford’s final film The Old Man and the Gun, a restaurant hostess in Dottye and Soul (with Leslie Uggams), and a crack house mom in Body Brokers.  More film work includes a crazy evangelist in The Town that Dreaded Sundown (with Ed Herrmann and Veronica Cartwright), a prayerful grandmother in Finding Normal (with Candace Cameron Bure) and the unfortunate mother of a vampire in Phobia. Other film work includes roles in Dr. T and the Women (with Richard Gere; Robert Altman, dir.), Walking Tall II (with Kevin Sorbo), Universal Soldier: The Return (with Jean-Claude Van Damme), A Woman of Independent Means (with Sally Field) and more.

Considered one of the most versatile voice talents in the region, Pam also has extensive credits in political radio—her clients have included municipal and statewide candidates, as well as congressional, gubernatorial and presidential campaigns. She also voices characters in the anime and video game industry. Work in more than fifty TV episodes and anime films include leading and featured roles in Speedgrapher, Summer Wars, Origin, Full Metal Alchemist, DragonAge, Beck, Case Closed and Ping Pong. Recent interactive game work includes The Stone and Tango. You can hear her voice several different characters in the video game Walking Dead: Survivors Instinct.

In the few short years that Pam’s been narrating audiobooks, she has portrayed literally hundreds of characters in a variety of genres: contemporary romance, comic romance, historical romance, paranormal, historical memoir, non-fiction and even a few steamy titles as well! Find her audiobooks here on Amazon, Audible and iTunes.